What ancient Chinese roofs can tell us about climate change 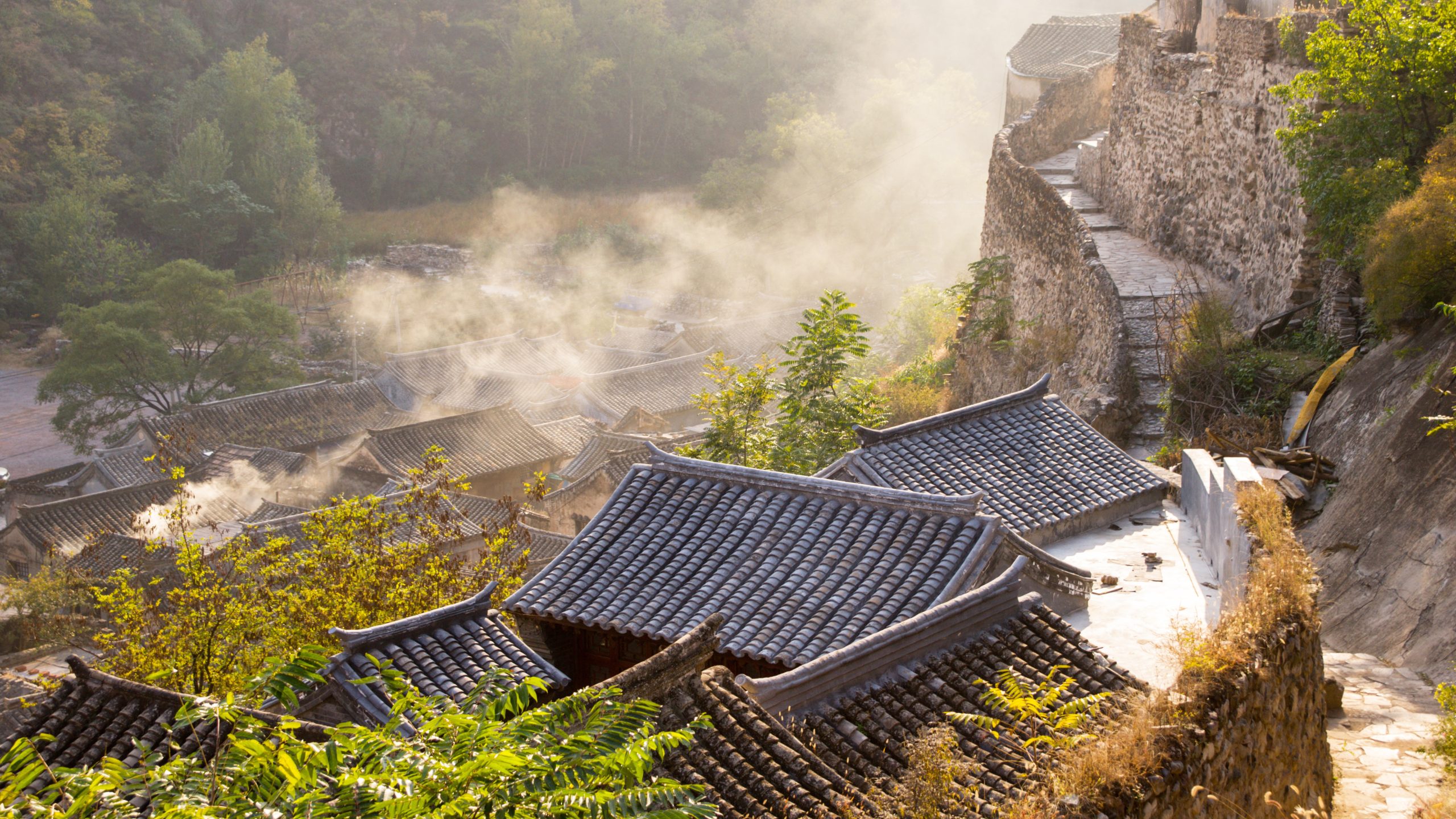 To reconstruct a picture of past climates, scientists often examine trapped bubbles in ice cores or the width of rings inside old trees. A new study, published in Science Advances by researchers at Nanjing University in China suggests that there may even be clues to changes in past weather conditions in buildings.

The researchers compared data on shifting weather patterns between AD750 and 1750 with examples of preserved roofs built in China during the millennium. They found that during periods with heavier snowfall, roofs were built with steeper slopes, while warmer periods gave rise to buildings with more gently sloping roofs.

The study covered two large swings in the global climate: the medieval warm period, which roughly ran from the tenth to the 13th century, and the little ice age, which saw shorter summers and bitter winters between the 15th and 19th centuries.

Changing weather patterns may have spurred innovation too, as the researchers note that frigid weather around 1700 coincided with new methods that made the construction of steeper and straighter roofs safer and more reliable.

It’s incredible to think that something as subtle as the angles of pitched roofs might intimately reflect changes in the weather over ten centuries. It’s a compelling story, but as someone who has studied architectural history for many years, I have some doubts.

Architecture and the climate

The researchers made two basic points. One, that roofs are built steeper in eras and places with heavier snowfall. And two, that there is a close correlation between weather patterns and roof angles that betrays a sensitivity in architecture to very small changes in the climate.

The first point is fairly easy to prove and probably undisputed among academics. A carpenter will correct the roof angle once a building has collapsed under heavy snow, and showing this with the example of historic buildings in China has its merit.

The second point, to my mind, is not coherently proven by this study and may even be impossible to prove. The researchers mention studying around “200 [building] remains over a millennium”, but it’s not clear whether these are equally spaced out across the study period. They could get away with it being historians as opposed to, let’s say, medical doctors, where sample size is the litmus test of sound methodology.

It’s also unclear why roofs in warm times should become less steep. The researchers ought to be commended for trying to address this problem though, as the study notes that Chinese people may have failed to maintain steeper roofs in times when snowfall was less severe due to “costs and the diverse need for sunshine and rainfall sheltering”. The researchers nonetheless do not develop this point or explain why flatter roofs should be more cost effective.

Building a roof is not a collective event akin to population decline, infant mortality or market prices, however. It depends on the conscious decision of a particular person – a client, architect or artisan. To prove a connection, the researchers would need a theory of how builders would be able to react to tiny changes in the climate with tiny changes in roof angles. Exaggerating this climate connection in architecture might imply, wrongly, that premodern societies were predominantly shaped by some inexplicable harmony between people and nature, with an ability to respond to tiny changes in the environment that were lost in later periods.

Such fine-scale responses between building and weather as far as I know, do not happen in the present. Snowfalls became lighter and less frequent in the UK throughout the 20th century, but it would be unconvincing to tie this to the proliferation of modern flat roofs, which have become just as popular in snowy Russia. And even a fundamental decision such as choosing between a flat roof or a pitched one seems to defy climatic necessities, as the lamentably high number of leaking flat roofs in rain-swept Glasgow where I live demonstrates.

Nonetheless, the study provides an eloquent reminder of how natural variation in the weather has been an influence on architecture throughout history, often as much as changing styles and tastes.

Most of the buildings we live, work and socialise in were designed with little thought paid to the unprecedented weather extremes that climate scientists warn are in store this century. That will have to change. Historians may one day study the era we live in and note how architecture regained a sense of environmental limits, as leaky and inefficient designs were swept away by buildings that were resilient in the face of increasing storms.

Florian Urban is Professor of Architectural History, and Head of History of Architectural and Urban Studies. He holds a Master of Fine Arts from the University of the Arts in Berlin, an MA in Urban Planning from UCLA and a Ph.D. in History and Theory of Architecture from MIT. He was born and raised in Munich/Germany and spent most of his adult life in Berlin before moving to Glasgow in 2010. Before joining the Mackintosh School of Architecture he taught at the Centre for Metropolitan Studies, Berlin Technical University and worked for the German Federal Institute for Research on Construction, Urban Affairs and Spatial Development (BBSR). Since 2009 he has been the Book Reviews Editor-in-Chief for the journal Planning Perspectives.