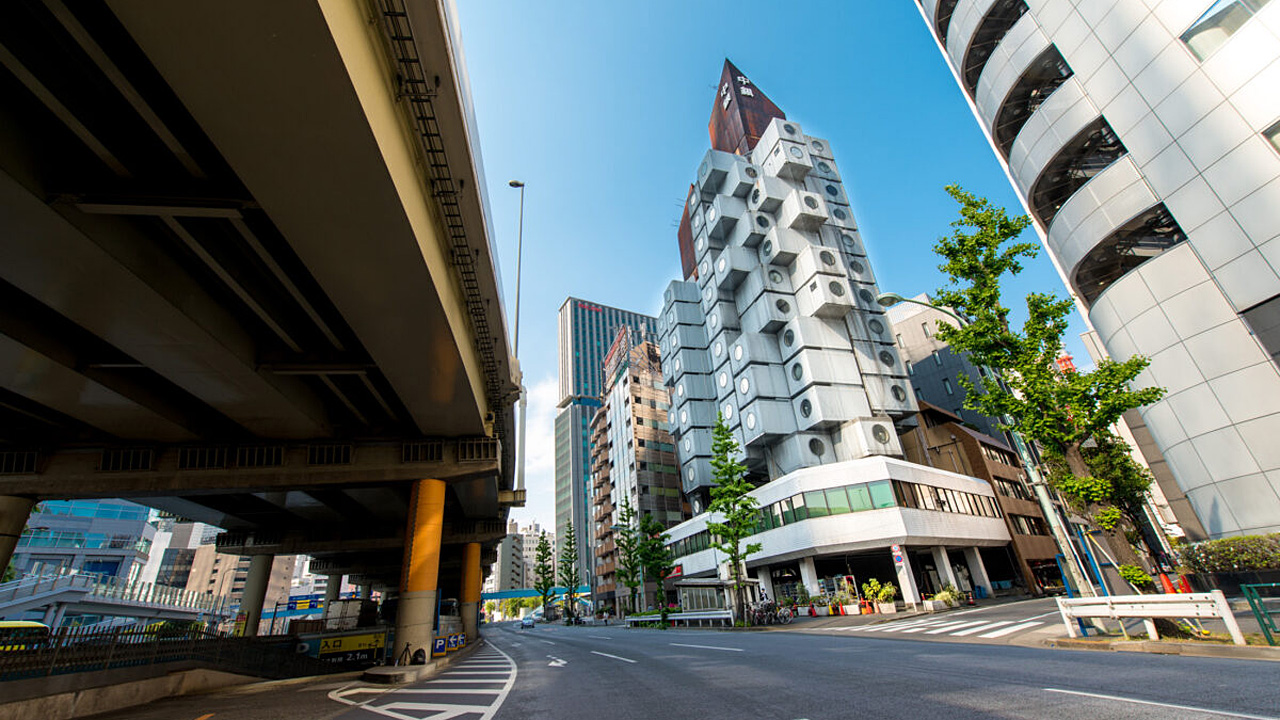 The futuristic-looking Nakagin Capsule Tower in Tokyo will be demolished next month, its owners say, after a long battle to save the building and its space-age units.

The tower, completed in 1972 and designed by renowned architect Kisho Kurokawa, is a landmark of the Metabolism movement, which aimed to create sustainable living spaces that people could take with them if they moved.

Its dozens of capsules with large round windows were designed to be individually removed and replaced, but have instead remained there in an increasing state of disrepair.

The owners plan to extract some of the white cuboid capsules before demolition begins on April 12, Tatsuyuki Maeda, who refitted several of them himself, told AFP.

“We don’t know yet how many capsules we’ll be able to save, but we plan to repair some deteriorated parts and refurbish them to send them to museums, for example,” said Maeda, who bought his first capsule in the tower in 2010.

“It’s not a complete end to the building, and I’m looking forward to seeing the capsules’ new life.”

The company started by Kurokawa, who died in 2007, is helping with the revival project, he added.

Maeda and other capsule owners campaigned for the survival of the building in central Tokyo’s expensive Shimbashi district, which for years has faced redevelopment threats.

Each of the capsules, built as micro-homes and offices, has a floor space of just 10 square metres (100 square feet) with 70s features such as a fold-out desk and retro clocks.

However, most of the units have been left to rot, and in recent years the building has faced problems with corroding pipes and water damage, with some capsule owners keener to see the tower demolished than pay for its upkeep.

The building’s fans reacted to the news on social media with a mix of sadness and resignation.

“Capsule Tower will be demolished soon… It will be very sad to see the building we admired go,” wrote one Twitter user.

“Finally it will be demolished. It’s valuable, but it was the right decision to dismantle it, as it had become quite shabby,” wrote another.