Tigray’s ancient rock-hewn churches are under threat: why it matters 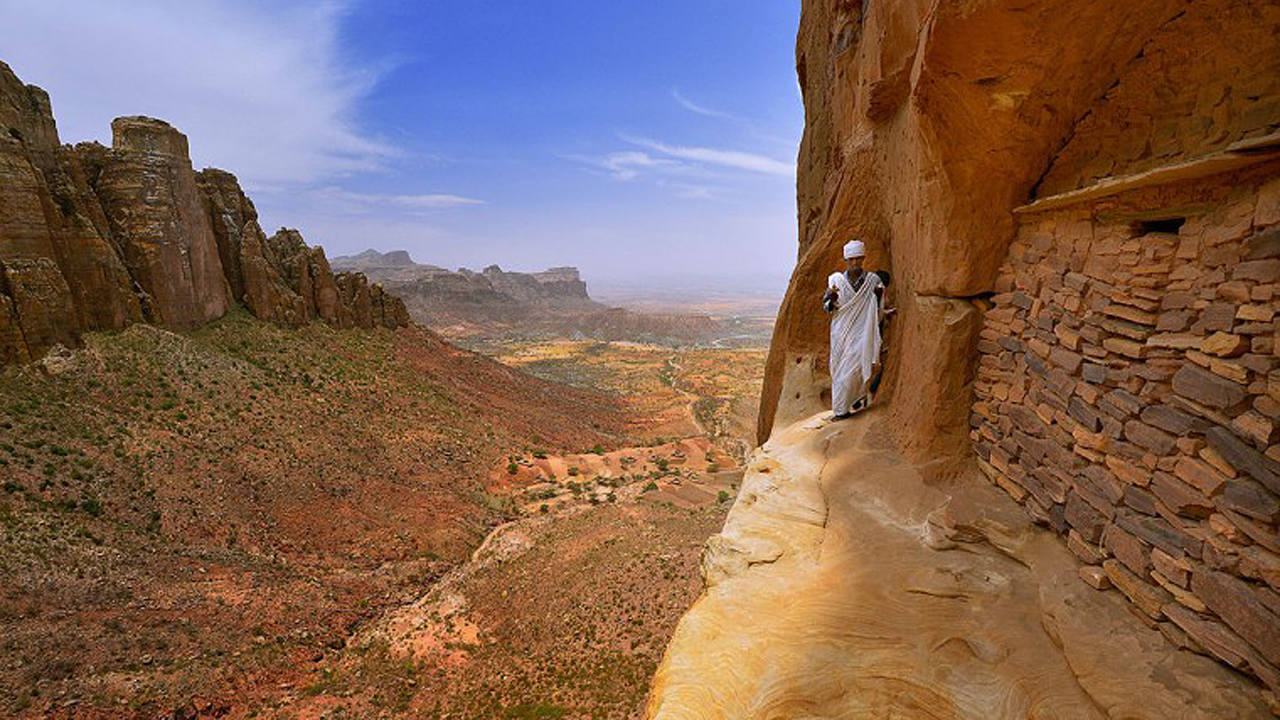 Ethiopia’s ancient civilisations are believed to date back more than 3,000 years. Many of the country’s most famous ancient artefacts are found in Tigray. The region has been embroiled in war since November 2020. Fighting between forces allied to Ethiopian Prime Minister Abiy Ahmed and Tigrayan troops has led to the deaths of thousands of people and displaced millions. It has also caused the destruction of numerous historical monuments. With the region under a blockade, it has been difficult to track the scale of the damage done. Hagos Abrha Abay, a philologist, is documenting the region’s heritage loss. He sheds light on new reports of destruction in Ger’alta, which hosts some of Tigray’s oldest churches and monasteries.

What is the historical importance of Ger’alta in Ethiopia?

Ger‘alta is a principally mountainous zone located in a sandstone escarpment in south-central Tigray. It is in the district of Hawzen, which is presumed to date back to the South-Arabian migration to Ethiopia in 8th to 7th BCE.

Pottery, inscriptions and hagiographic traditions dating back to the Aksumite period depict Ger‘alta as one of the most important regions of ancient civilisation in the Horn of Africa. Cartographically, it appears in the 15th century as a component of the Ǝndärta province that occupied eastern and south eastern Tigray.

Ger’alta’s mountains give it one of the most captivating terrains in the northern Ethiopian highlands. Many of these mountains host ancient rock-hewn churches and monasteries, making the area a spiritual haven for pilgrims. These structures are recognised as world heritage sites. Despite having low levels of tourism development, the area was among Tigray’s most popular travel destinations.

What is unique about the architecture?

More than 150 of the thousands of ancient churches and monasteries in Tigray are rock-hewn. Ger‘alta accounts for a big share of these. Its ancient monasteries and churches are made up of a single bedrock and are carved into steep cliff sides.

These sites have preserved thousands of manuscripts for centuries. They are treasure troves of architectural engineering and artistic design.

Most Ethiopian churches and monasteries were built on top of mountains for three reasons.

those who are in Judea flee to the mountains.

It’s believed that the mountain here is a metaphor for a church. Aksum Zion – found in central Tigray and assumed to be the dwelling of the Old Testament Ark of the Covenant – is not only the head of churches and monasteries in Ethiopia, but is also believed to be the ultimate sanctuary.

Second, spiritual dwellings in mountains were believed to be nearer to the heavens. Mountains were sometimes seen as ‘God’s throne’.

Third, mountains have been used as safe havens during wars and related disasters. Ethiopia has seen its fair share of both throughout its history. The Ger’alta mountains are part of a sandstone escarpment, which made them suitable for hewing places of refuge.

What physical damage has been done to the sites?

I have received local reports and footage of the destruction of some of these sites.

The district of Hawzen, especially the Ger’alta area, has seen several attacks from Ethiopian military, Eritrean and Amhara special forces, and militia groups. Civilian massacres have been committed in the ancient monasteries of Maryam Dängälät and Abba Yǝm‘atta (Guḥ). These two monasteries were visited and admired by Francisco Alvares, an early 16th-century Portuguese traveller

The monastery of Abubä Yǝmʿatta, a colourfully painted cloister at the top of one of Ger’alta’s mountains, is named after one of the Nine Saints. According to tradition, the saints were part of the Roman-Byzantine monks. It is believed that the saints fled the Council of Chalcedon in 451 and established a monastic cult in Tigray. The monastery was the site of the massacre of 19 civilians who had sought refuge there on 7 May 2021.

The Monastery of Abunä Abraham was established before the 14th Century. It is famous for its diverse architectural features that include 40 pillars, with some false ones carved out of the walls. It also has old wall paintings and 72 archaic Biblical and hagiographic Gǝʿǝz manuscripts that were digitised under a Mekelle University (St Yared Center for Ethiopian Philology and Manuscript Studies) project where I was the principal investigator. It is among the sites that have been bombed.

Debre Medhanit Amanuel Ma‘go, a church in Wuqro, was shelled by invading troops in November 2020. Residents filmed the destruction.

There is also local testimony of the destruction of the library of the rock-hewn church and monastery of Maryam Yerefeda. The site is dedicated to Mary, the mother of Jesus, with two arks dedicated to the saints Michael and Gabriel. Other church properties were destroyed and looted.

Membere Gebremedhin, a coordinator for the culture and tourism sector of the district of Hawzen in eastern Tigray, has reported that 31 monasteries and churches in the area have been heavily damaged. He added that church property and ecclesiastical materials have been looted. Footage of this destruction was shared by Dimtsi Weyane Television, a Tigrayan station.

This damage to churches and monasteries has destroyed Tigray’s vital heritage. It has also destroyed the potential of its tourism industry.

What does this heritage mean to people today?

The Ger‘alta heritage monuments carry emotional and spiritual links for the people of Tigray. These sacred heritage objects are believed to connect people to God. They are believed to offer intercession and spiritual healing power. It is devastating for believers to live with the destruction of a manuscript used in hagiographic rituals for women’s fertility, for instance.

Heritage sites are sources of historical pride, indigenous knowledge, and cultural and religious identity. They are also a source of income through tourism. Losing this heritage may lead to identity and psychological crises. It could lead to rage and trauma, cultural shocks and social collapse. The economic benefits from tourism could also be lost.

Finally, some heritage objects like manuscripts are epistemological tablets. They carry evidence of world history. Their destruction wipes out critical insights into humanity’s past.

This article is republished from The Conversation under a Creative Commons license.