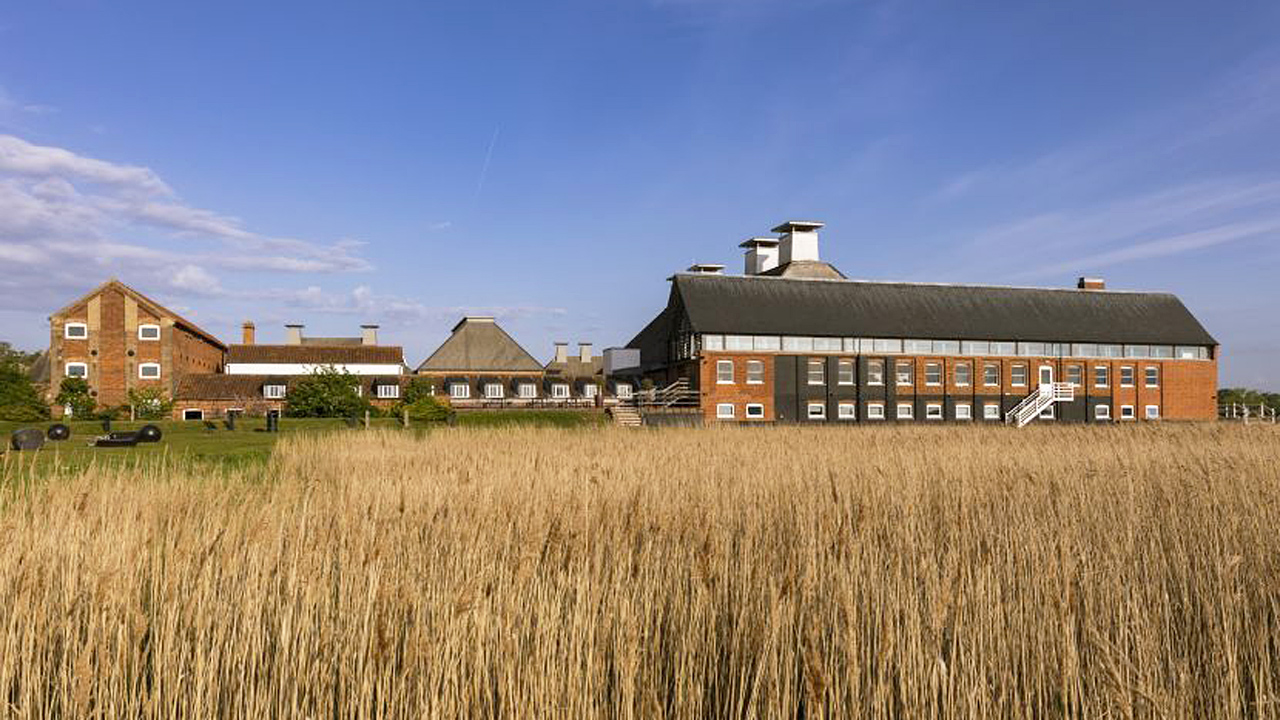 A concert hall that was opened by the Queen and has hosted an Ed Sheeran performance has been granted listed status.

Snape Maltings Concert Hall, on the bank of the River Alde, is close to Sheeran’s Suffolk home and was chosen by the singer-songwriter as the venue for his Radio 1 Big Weekend gig last year.

The concert hall was opened by the Queen in 1967. Just two years after it was opened, a fire reduced it to a shell, but with the help of a fundraising appeal it was restored and reopened in 1970.

The Snape Maltings site was bought in 1841 by businessman Newson Garrett. By 1844, he had created large warehouses and an extensive malting operation at Snape and was sending 17,000 quarts of barley a year to brewers in London and Newcastle.

New buildings erected between around 1846 and 1859 were reputedly designed by Mr Garrett and constructed using red and white brick from his own brickworks at Aldeburgh.

The site went into decline after the Second World War and was put up for sale in 1965.

The largest of the former malthouses was acquired and converted into a concert hall by the Aldeburgh Festival, which was founded in 1948 by composer Benjamin Britten, singer Peter Pears and opera librettist and theatrical director Eric Crozier.

Snape Maltings, which is owned and run by the music, arts and heritage charity Britten Pears Arts, is now also home to independent shops, art galleries and cafes.

Snape Maltings Concert Hall has been newly listed at Grade II* by the Department for Digital, Culture, Media and Sport (DCMS) on the advice of Historic England.

Other buildings at the site are now listed at Grade II – the Britten Pears Building and Former Turning Gallery, and the Former Granaries.

Historic England has also added further information to the existing list entries for Snape Maltings and Snape Bridge House, which are both listed at Grade II.

Heritage minister Nigel Huddleston said: “The historic Snape Maltings has become a valuable asset to its community after being transformed into a much-loved concert hall and visitor attraction.

“I am delighted its unique character will be protected for future generations to enjoy.”

Britten Pears Arts chief operating officer Harry Young said: “We are so pleased that the site’s listing status has been updated and that Snape Maltings Concert Hall has been listed at Grade II* in recognition of its importance and national significance.

“We consider it a huge privilege to be custodians of this special site, always guided by the vision of our founders Benjamin Britten and Peter Pears.”