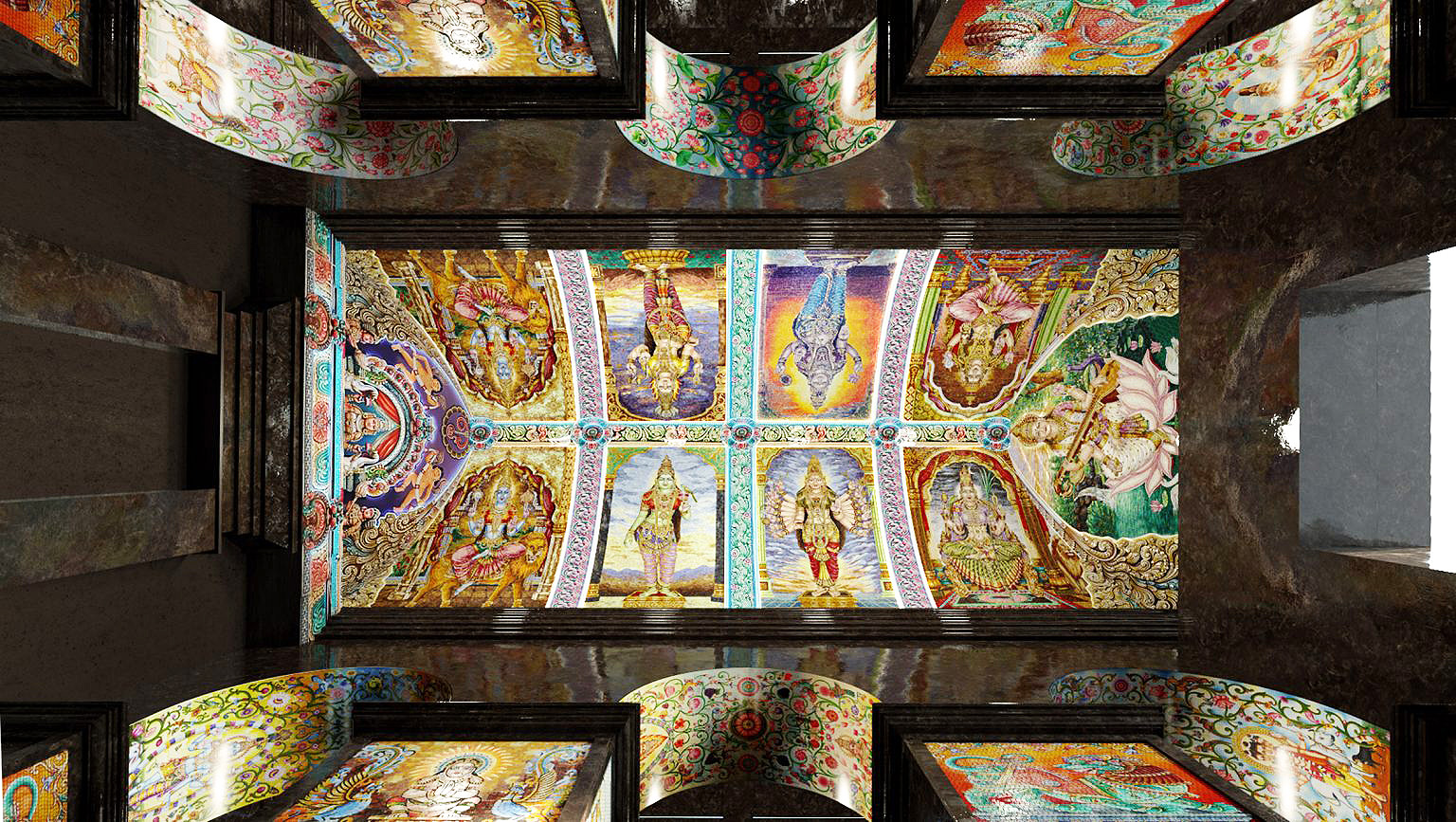 SICIS is installing mosaics across the interior walls and vaulted ceilings of the historic Sri Mariamman Temple in Bangkok, which is the largest Hindu shrine in the world outside of India.

Taking years to complete, these mosaics are carefully designed to be precise copies of the original frescoes that have been slowly degrading over the years.

These replacements will have a significantly longer lifespan, allowing the temple to endure for the future.

“The mosaic is recognised as an eternal painting, which does not deteriorate and maintains the splendour of the colours and the vigour of the figures represented over time,” said SICIS.

The Sri Mariamman Temple was built in 1879 by Vaithi Padayatchi, one of many Tamil Hindu immigrants that came to Thailand to escape colonial rule in India.

The temple comprises a six-metre-high entrance tower, known as a gopura, and three sacred buildings. The main shrine is dedicated to Sri Maha Mariamman, while the other two pay tribute to Ganesh and Kartik.

The task given to SICIS was to replace all of the frescoes in the temple, using both digital tools and tiling craft expertise.

To ensure the mosaics would be identical to the original artworks, artists created replica paintings that could be transported to the company’s laboratories in Ravenna, northern Italy.

There, more than 80 SICIS mosaic artists have worked together to precisely colour match every shape and detail, using tesserae made from gold and Murano glass.

SICIS has so far completed the first two phases of the project. In the first phase, two artworks were created for the temple entrance, in the images of Sri Maha Mariamman and Shiva. Gold and gold leaf mosaic were also applied to the exterior.

So far, more than six million mosaic tiles have been used, all of which have been selected, cut and placed by hand. The skills used in this process are similar to those used in fine art or jewellery making.

“The mosaic masters recreated the images, paying maniacal attention to the expressions of the faces, the position of objects and symbols,” said SICIS.

SICIS expects to spend at least two more years working on the next phases of the project, which will see 20 deities created on the two side vaults of the temple and 12 micromosaics added to the base of the temple’s main nave.