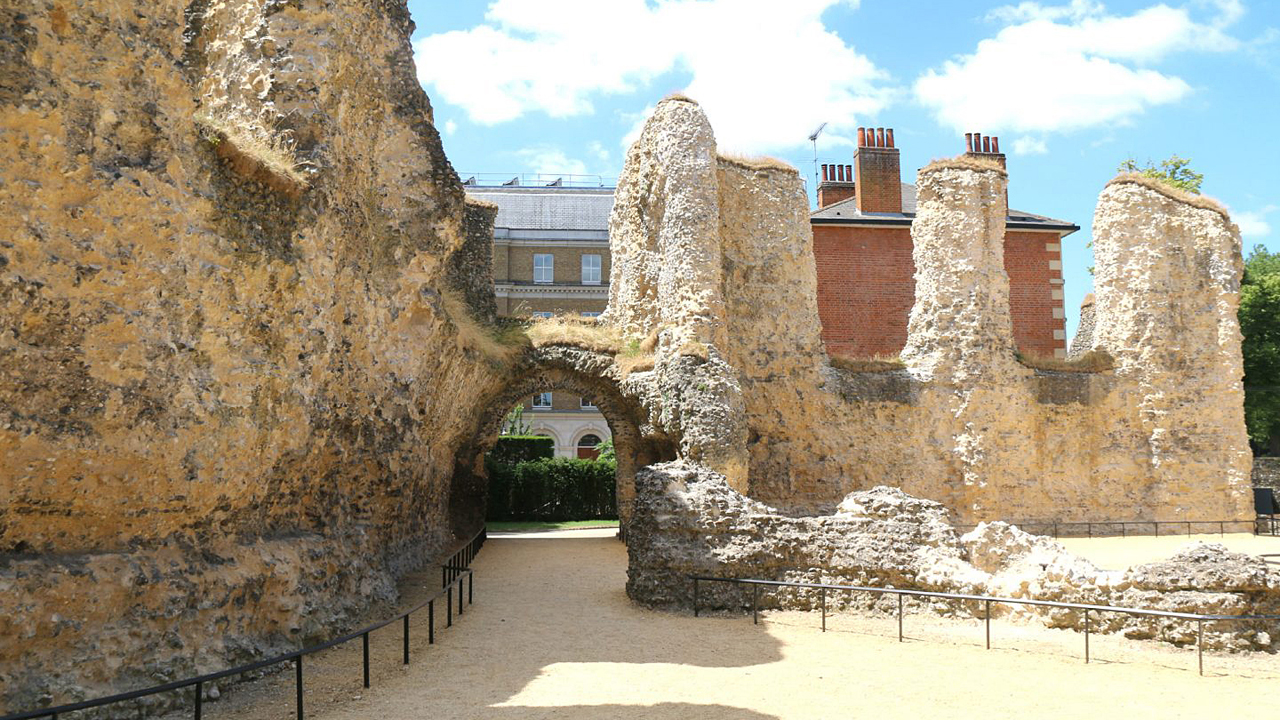 Like so many English towns, Reading underwent great changes from the 1960s onwards. Its traditional Victorian industries were famously ‘the three Bs’ – beer, biscuits and bulbs. The three sprawling industrial sites owned variously by Courage, Huntley & Palmers and Sutton Seeds not only dominated the suburbs from the Victorian era onwards, but employed 90 per cent of the town’s workforce.

By the time I moved to Reading in the mid-1970s, these industries had all but closed, and the town was already morphing into the UK’s ‘silicon valley’, as global hi-tech firms began to establish their UK headquarters there. Today the town is ranked the UK’s top economic area for economic success and wellbeing, according to factors such as employment, health, income and skills. It’s also renowned in marketing circles as Britain’s most ‘atypical town’, and is used as a testing ground for numerous new products and services.

I was lucky to have arrived in the town just before most of it’s Victorian history was lost. I can recall the grandeur of it’s two magnificent, stone clad railway stations; only one block of which survives in front of the bold, new glass-and-steel complex that serves the town.

I can recall too the main thoroughfare, St Mary’s Butts, when it still retained the oblong market square layout of the Medieval archery butts that gave it the name; and I can recall grand department stores, the bustling Lyons tearooms, and buildings with limed walls still held up by their distorted Tudor timbers. All of this historic urban landscape was swept away within a decade, as the town set the pace for 1970s architectural experiments, both commercial and residential.

Today most of the town’s residents live in modest, modern houses on mature estates like Lower Earley, a large suburban conurbation adjoining Reading with more than 90,000 inhabitants, and now ranked as one of the most desirable suburban places to live in the UK.

When it was built, it was a mammoth development of densely-spaced houses that consumed surrounding hamlets to become the largest housing estate in Europe. At the time the developers made the mistake of thinking that the town’s affluent car-driving commuters wouldn’t need local facilities, so the huge, sprawling estate was originally designed without shops, medical services, social centres or leisure facilities.

(Within a decade of being built, documentary film-makers from across Europe were coming in to record the social chaos and domestic conflicts that the ill-planned development had created).

It has remained a mystery why Reading bulldozed so much of its history whilst modernising – other UK towns and cities regenerated at the same time without eradicating their past so completely.

It may not be evident today, but Reading can boast an illustrious and ancient past. As early as 1525 it was the 10th largest town in England; it had a castle, though no-one now has the slightest idea where, and it had one of the finest and most imposing abbeys in Europe.

My first job on leaving school was in a small photographic studio alongside Forbury Gardens and the site of the abbey ruins, and I have many happy memories of summer sandwich lunches on the walls, and back then they were thick with buddleia and butterflies.

But there were signs posted everywhere warning of loose masonry, and the once great abbey, the fourth-largest church in Britain, had been reduced to a collection of nondescript crumbling walls alongside the stark, frightening red brick complex that was Oscar Wilde’s Reading gaol – a building whose future is still uncertain.

Plans by the local council to turn the gaol into an arts and heritage centre were given a boost last Autumn by street artist Banksy, who agreed to back the project by selling the ‘escaping prisoner’ stencil he used to paint an image on the Grade II-listed building in March.

The prison site, which has been empty since December 2013 when it was shut by the Ministry of Justice (MoJ), was originally constructed on top of the ruins of the former abbey. The MoJ has rejected the local authority’s £2.6m bid for the site as too low, so the survival of this important historic site still hangs in the balance.

Henry VIII dissolved, but preserved, the structures of Reading abbey in 1539, but it suffered badly in the English Civil War, after which its materials were raided for numerous new structures around the town.

Few have been in the least bit concerned that this remarkable remnant of history was fast sliding into oblivion. (In more recent years most of the area had to be cordoned off due to the perilous state of the surviving walls, which had made the ruins unsafe for visitors).

But rescue of a sort came finally, and at the eleventh hour, from an unexpected source. When TV producer Philippa Langley discovered the bones of Richard III in a council car park in Leicester, it made global news.

Several years later Philippa visited the ruins of Reading Abbey, and learnt that King Henry I had been buried there – the exact location of his tomb remains unknown but, coincidentally, it could also be under a local car park.

Phillipa began the Hidden Abbey Project (HAP) in the late Spring of 2014. She got the local council and the Roman Catholic diocese of Portsmouth (a key landowner) on board and hit critical mass in the Autumn of 2015 when Chancellor George Osborne announced the sale of Reading Goal.

By November, £1.77m had been secured from the Heritage Lottery Fund, and this was match-funded by Reading Council with £1.37m from ring-fenced development contributions.

What became known as the Reading Abbey Revealed (RAR) project got under way in 2016, with a Ground Penetrating Radar (GPR) survey of the abbey church building and surrounding areas. A key part of the subsequent work was also conserving the remains of Reading Abbey so that they could be re-opened to the public.

In February 2017 CRL Restoration were appointed as principal contractors, and they in turn appointed Cliveden Conservation as specialist sub-contractors to work specifically on the Abbey Ruins. By May 2018 they had conserved the south transept, including the founder’s chapel, the chapter house, the refectory wall and the dormitory – and the site reopened to the public on June 16.

The GPR survey has revealed a number of potential grave sites, but much of the altar, aisle and transcept of the abbey church lies beneath the 1840-built Catholic church, so Henry I will probably have to remain elusive for some time to come!

Even though the major conservation work is now complete, constant monitoring and maintenance will always be needed, and architects have already produced a 20 year management plan (though sadly it includes getting rid of those beautiful, but deadly, buddleia ingressions).

History takes a long time to build, a short time to destroy, and forever to recreate. In the case of Reading Abbey it was almost too late, and the surviving remains require some visitor imagination to visualise the greatness of the building they once belong to.

It’s never an easy decision when it comes to which historic structures we preserve, and which we allow nature and human development to reclaim. The lesson of Reading Abbey is that loss comes by slow, invisible degrees, and inevitable events. But thanks to modern methods and collaborations, preservation can also be rapid, and very effective.

Joseph Kelly is a writer on architectural matters, and is Editor of Agora Journal