Of railways stations and fallen arches 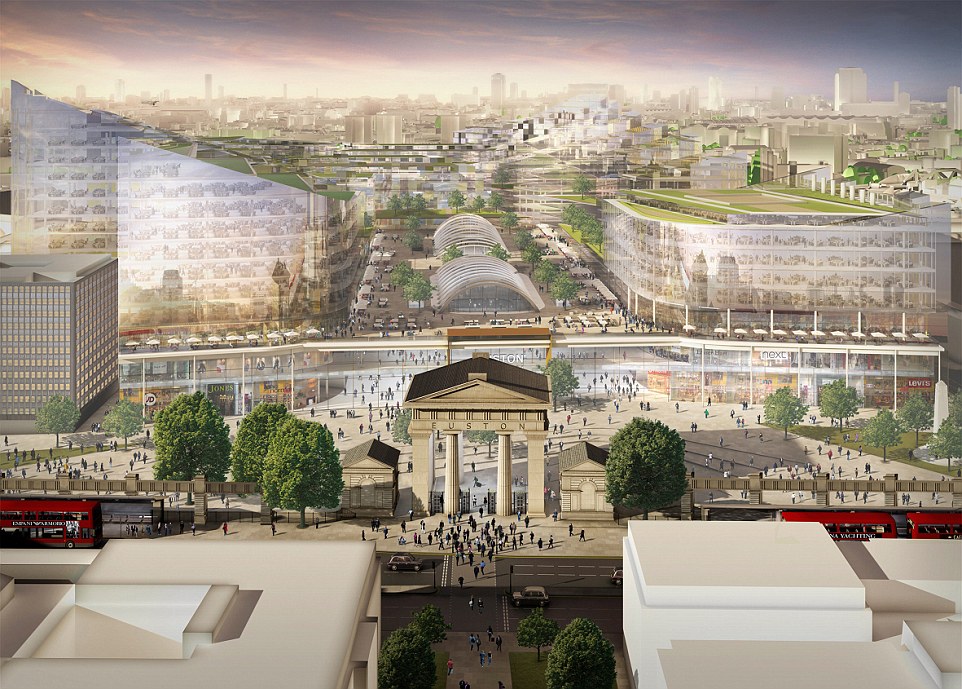 Hardly a week goes by that I don’t travel to London on business; from the north west all mainline routes terminate at Euston station, the southern terminus of the West Coast Main Line to Liverpool Lime Street, Manchester Piccadilly, Edinburgh Waverley and Glasgow Central.

The fifth busiest station in Britain and the country’s busiest inter-city passenger terminal, with 41.7 million entries and exits a year, Euston is also the mainline station for services to and through Birmingham New Street, and to Holyhead for connecting ferries to Dublin. For those who love to romanticise about railways it is also the starting point for the iconic Caledonian Sleeper to Fort William.

Over the past few weekends, however, the station has been closed to all but a few local trains, as engineers struggled to replace the ageing, worn out trackwork at North Wembley Junction, a major intersection on what is Europe’s busiest mixed-use railway.

Already pencilled in as the London end of the controversial and costly High Speed 2 project, Euston opened as the terminus of the London and Birmingham Railway on July 20, 1837. The station grew to an architectural giant, until it was ripped apart and rebuilt in the mid-1960s, including the demolition of the famous Euston Arch and the Great Hall, to accommodate the electrified West Coast Main Line.

The arch’s imminent demolition sparked a furious but futile preservation protest in which such luminaries as Woodrow Wyatt, John Betjeman and Nikolaus Pevsner were prominent figures, and led to a far wider debate about the modernisation of central London. Despite the desperate campaign to save it, demolition of the arch began in December 1961, with the work having to be done by hand– explosives being out of the question owing to possible damage to the adjacent buildings.

The fabulous, ornate iron gates survived and are now in the National Railway Museum at York, but the whereabouts of the broken Yorkshire stonework remained a mystery until – after a 15 year search – historian Dan Cruickshank discovered that at least 60 per cent of it was buried in the bed of a c 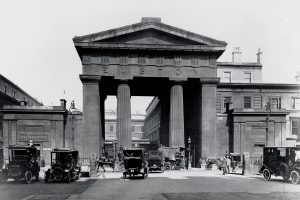 hannel of the River Lea in the East End of London. Much of that has now been recovered, a fair chunk of it having been dredged up during the building of the Olympic Park.

It’s believed it would be relatively straightforward to recreate the missing elements using identical stone from the same Yorkshire quarry as the original. Construction of a new monument was estimated by the Euston Arch Trust, in 2013, to cost around £10million – a sum dwarfed by the expected £55billion bill for the troubled HS2 project.

As one of the hapless commuters trapped there during the recent station closures, I’ve had a lot more time than usual to wander the environs of Euston station, which to me isn’t really a railway station at all, rather just a bland, soulless box of a passenger lounge with few facilities that you just want to pass through as quickly as possible.

The news that it’s going to be tranformed into a bright, airy and modern train terminus is welcome, but I must confess I have mixed feelings about the proposed restoration of the historic arch. I know it was one of the first monuments to our railway heritage, and it will look refreshed in its modern context, but I can also understand why they demolished the original – it was hugely over-scaled and over-bearing for its position, with a crude entablature that was out-moded numerous centuries before. I also can’t ignore the fact that the columns don’t match, and it’s actually not an arch at all!

Not surprisingly, it was widely criticised from the moment it went up, and most of London gave a hugh sigh of relief when it was pulled down. It seems rather unclear why the present developers and legislators feel obliged to incorporate this lumbering object in their plans at all, as there really is no way to reduce its Brutalist impact on the project. Subtle uplighters and a refresh of the stonework does nothing but deliver something that would be far more at home in downtown Las Vegas, or fronting an out-of-town retail complex.

Those who know London well may remember a very similar project at Temple Bar, the principal ceremonial entrance to the City of London on its western side from the City of Westminster. Designed and built in the late 1760s by Christopher Wren, it was discovered in 1874 that the keystones had dropped and the arches were propped up with timbers. In 1878 the City of London Corporation dismantled the monument over an 11-day period and stored its 2,700 stones carefully.

In 1880 the brewer Henry Meux, at the instigation of his wife Valerie Susan Meux, bought the stones and re-erected the arch as the facade of a new gatehouse in the park of his mansion house, Theobalds Park in Hertfordshire, the site of a former hunting lodge of James VI and I. There it remained, in a woodland clearing, until in 2004 when it was returned to within the City of London and painstakingly re-erected as an entrance to the Paternoster Square redevelopment immediately north of St Paul’s Cathedral, at a total cost of over £3 million. The Temple Bar – which actually IS an arch – is a beautiful and graceful structure, and the £3 million was undoubtedly well spent.

Sadly the majority of people who rush under it today probably neither know nor care that it was nearly lost to the nation.

So what of the Euston Arch? Speak to those in the know and they will tell you that it’s just a ‘smokescreen’, a sop to the urban preservations whilst developers set about demolishing other structures around the station that are cherished, in readiness for the HS2 project. 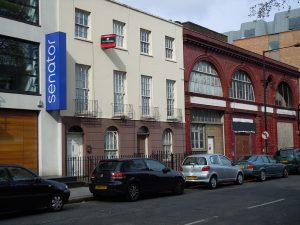 Already earmarked for obliteration are Nos. 14 and 15 Melton Street, Grade II listed early 19th century houses of importance and, alongside them, the fabulous and distinctive ‘oxblood’ tiled entranceways and semi-circular windows of the old 1907 Euston underground station, designed by architect Leslie Green in his typically Arts and Crafts style. (rather incredibly, this station, which was closed and sealed up in 1914 and has been unused since, hasn’t been listed, so it’s certainly doomed.)

John Hayes MP, who until January was Transport Minister with responsibility for HS2, said he wanted the Euston Arch reinstated to counter a “cult of ugliness” that he believes has swept across our public transport network. He said there is “something profoundly elitist” about the way that “ugliness has been imposed” upon transport architecture, and warned of the “descendants of the brutalists [who] still each day design and build new horrors from huge concrete slabs”.

That may be true but, personally, I can’t imagine how the scary Gothic monster that was the Euston Arch could be seen by anyone as ‘an antidote to ugliness’, let alone as an iconic example of the finest work in British monumental architecture.