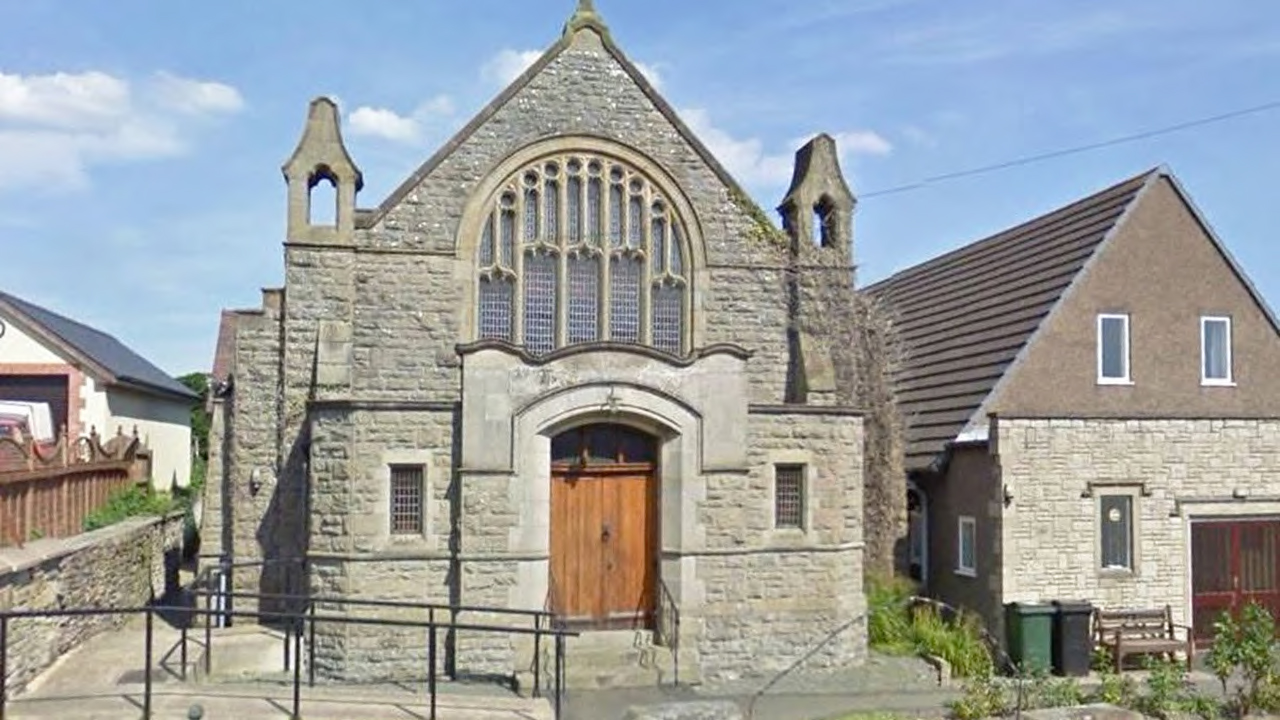 Bishop’s Castle Methodist Church is to get a new lease of life thanks to its new owner Keith Coventry, an internationally-renowned artist previously based in London.

Revealing his plans for the disused Shropshire church last year, Mr Coventry said he had recently bought a home nearby and wanted to get involved in the town’s thriving art scene.

Work can now begin on refurbishing the building ready for its new purpose, after Shropshire Council ruled planning permission was not required for the change of use.

Mr Coventry intends for the gallery to display works from both local and national artists, and it will double up as a studio housing up to two working artists.

The project will see the building extensively refurbished, with original features restored and a mezzanine floor added.

The council’s decision comes four years after the church was almost bulldozed in February 2018, due to declining membership and soaring maintenance costs.

However when the site was fenced off for the work to start, concerns were raised about the historic significance of the church and Shropshire Council stepped in with an ‘Article 4 Direction’ to stop the demolition going ahead.

The direction was later confirmed after the council’s historic environment officers judged the church was a ‘non-designated heritage asset’.

Rather than pursue the demolition with a planning application, the church council opted to sell the building.

Mr Coventry was revealed as the new owner last November, when his application for a lawful development certificate for the proposed use as a gallery was lodged with the council.

A statement submitted by his planning agent Joe Groves said: “The provision of an art gallery/ studio in this location would give the building, which hasn’t been in use for several years, a new purpose while helping to maintain it for future generations.

“The client/ applicant is an internationally recognised artist who, having recently purchased a home nearby, is keen to get more involved in the local art scene and would like to provide a platform/ space for artists to work and display their art.”

The building is not listed, with an application to Historic England turned down after the Article 4 Direction was issued, but lies adjacent to the boundary of the town’s conservation area.