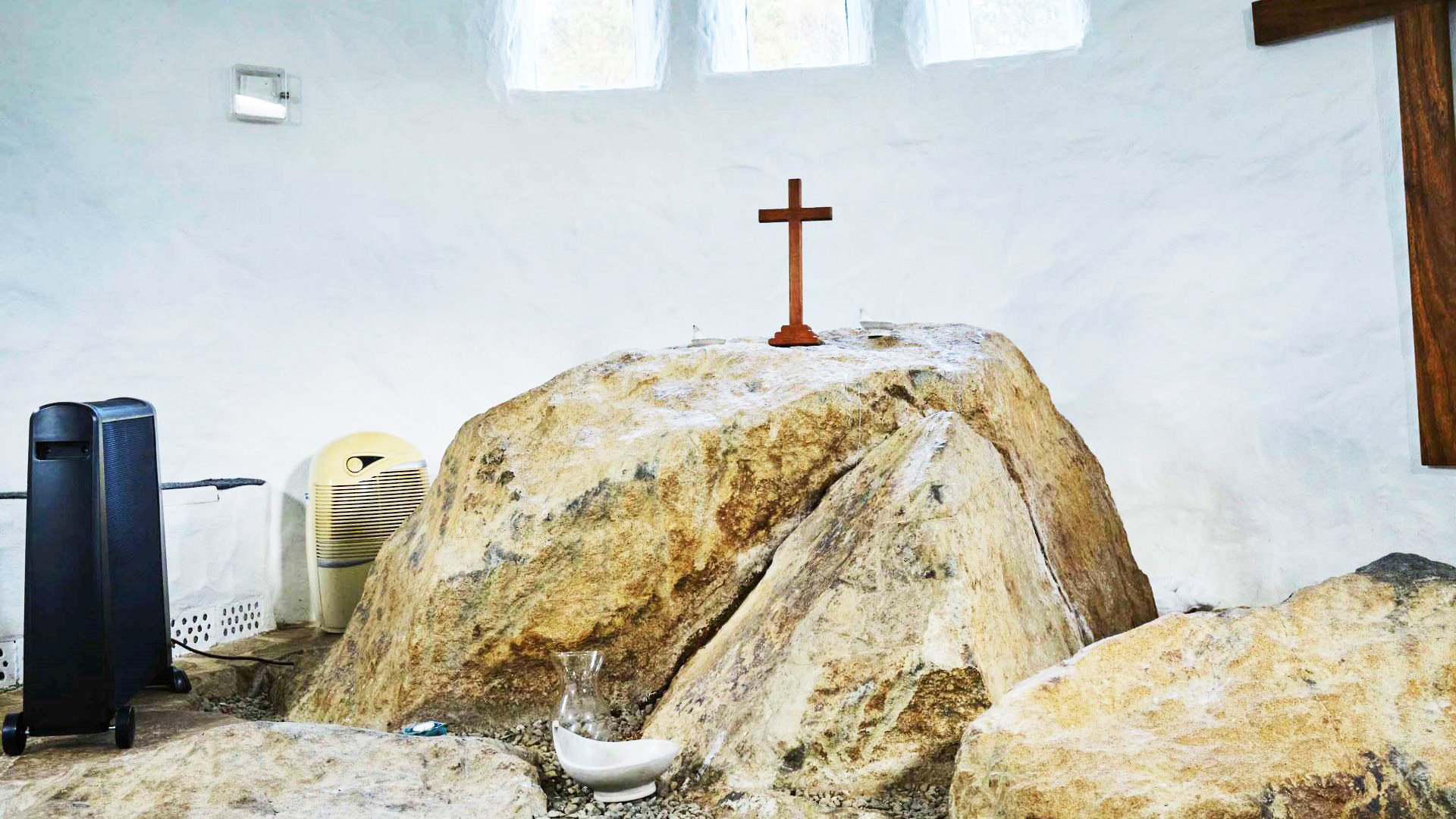 Originally a nineteenth century range on Sychbant farm in the Gwaun valley in Pembrokeshire, this building was resurrected in 1985 as the main building at the Ffald y Brenin Christian Retreat Centre.

The conversion was carried out by Christopher Day, a Welsh architect who from the 1970s onwards pioneered ecological or “green” architecture.  His ambition was “to design projects which develop and enhance the spirit of place already there so that the new is not an imposition, but an organic development of the old.”

Day was heavily influenced by the mysticism of Rudolf Steiner and his architecture reflects his spiritual and psychological concerns with creating “soul-nourishing” environments.  At the same time Day had practical ideas about carbon footprints and the energy costs of building materials that were far ahead of his time (or indeed ours), which he expressed in several books, most notably Places of the Soul  in 1990.

Christopher Day raised the stone walls of the old farm range to create an undulating roof line in harmony with the surrounding hills.  The interior has been remodelled using deliberately rough plasterwork to create tactile surfaces and soft angles in the accommodation rooms.

Day also added a circular chapel at the north end of the building.  Whilst this was being built a large natural rock outcrop was discovered protruding into what would be the middle of the chapel.

Rather than dynamiting the stone Day decided to incorporate it as an altar, later saying it would have been wrong to “found a house of peace on an explosion.”

Day won the prize for architecture at the 1992 National Eisteddfod for his work at Ffald-y-Brenin (Welsh: Sheepfold of the King). He passed away in 2019.

The main Retreat Centre building along with the nearby Day Centre and Hermitage have all now been Listed by Cadw  as an important work of late Twentieth Century eco-architecture by one of its chief exponents in Wales.

This is an edited version of an article which first appeared in Listed Heritage, membership journal of The Listed Property Owners’ Club.

Find out how buildings are chosen for Listing and how to request a building be added to the List.