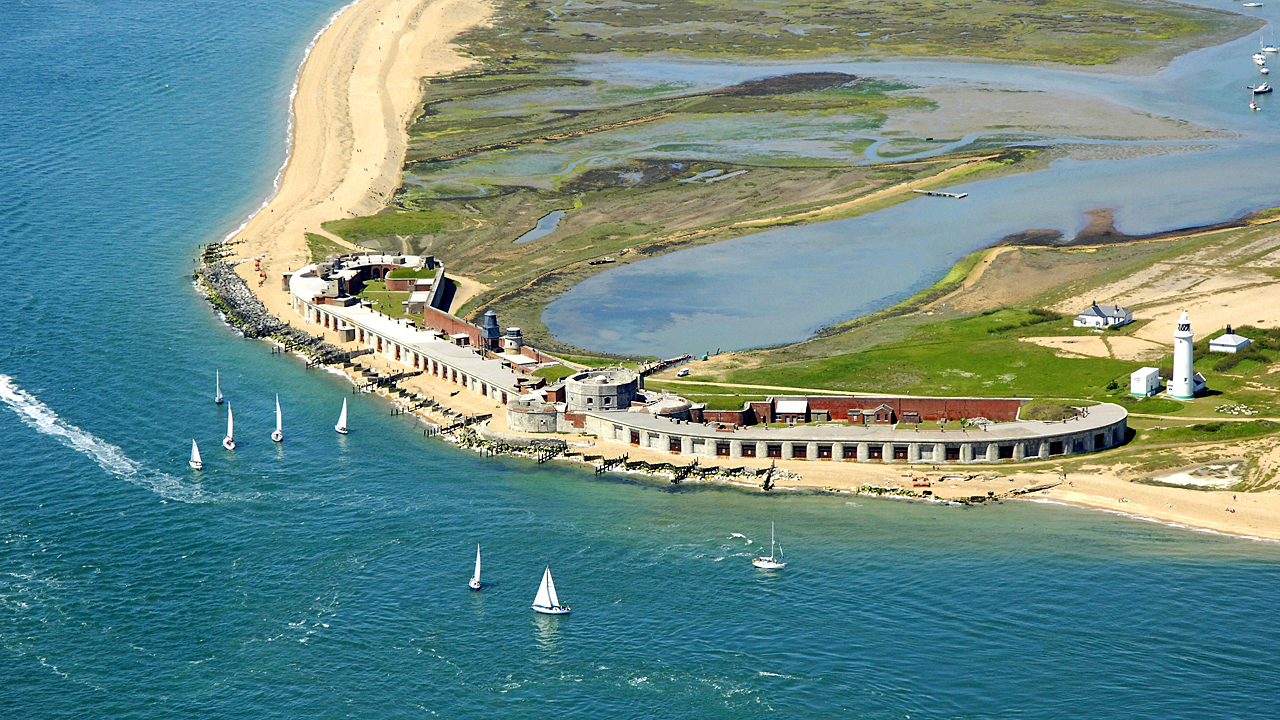 A Hampshire fortification overlooking the Solent has been named as one of the most endangered heritage sites in the world.

Hurst Castle, part of which collapsed into the sea last year after being battered by ferocious storms, appears on the latest “Watch” list issued by the World Monuments Fund (WMF).

The bi-annual list features a selection of internationally-important buildings deemed to be at the greatest risk.

Hurst Castle is at the end of an isolated spit that juts out into the Solent, leaving it exposed to rising sea levels and the worst of the winter weather.

Last February part of the outer wall of the 19th century east wing collapsed after the sea exposed and undercut the foundations.

English Heritage has embarked on a major project to repair the damage and protect the castle from climate change and future storms.

Launched in 1996 and updated every two years the Watch list comprises heritage sites nominated by individuals and community-based organizations around the world.

It raises awareness of buildings in urgent need of protection, which often results in more money being poured into their preservation.

WMF has so far contributed more than $110m towards saving more than 300 Watch sites, resulting in an extra $300m from other sources.

The oldest part of Hurst Castle was built by Henry VIII between 1541 and 1544. King Charles 1 was imprisoned there ahead of his trial and execution in London in 1649.

He said: “We’re grateful that Hurst Castle has been recognised on the World Monuments Watch as it’s a great opportunity to highlight the challenge of managing heritage in the light of sea level rise and climate change.

“With changes in longshore drift and more frequent storms, Hurst Castle is amongst the most difficult heritage sites to protect in England.”

“By supporting communities in preserving the places they treasure most, we can strengthen social bonds and foster a greater understanding that our futures as global citizens are inextricably linked.”

The decision to include Hurst Castle on the latest Watch list has sparked a mixed reaction on social media.

One person posted: “Being in a list of 25 sites under extreme risk is very disappointing, especially as the situation could have been avoided.”