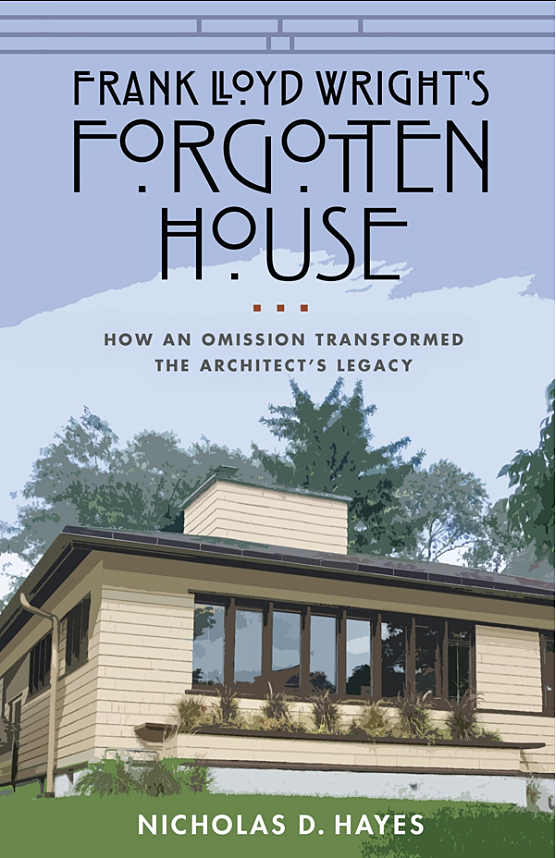 While the grandiosity of Fallingwater and elegance of Taliesin are recognized universally, Frank Lloyd Wright’s first foray into affordable housing is frequently overlooked. Although Wright began work on his American System-Built Homes (ASBH, 1911–17) with great energy, the project fell apart following wartime shortages and disputes between the architect and his developer. While continuing to advocate for the design of affordable small homes, Wright never spoke publicly of ASBH. As a result, the heritage of many Wright-designed homes was forgotten.

When Nicholas and Angela Hayes became stewards of the unassuming Elizabeth Murphy House near Milwaukee, they began to unearth evidence that ultimately revealed a one-hundred-year-old fiasco fueled by competing ambitions and conflicting visions of America. The couple’s forensic pursuit of the truth untangled the ways Wright’s ASBH experiment led to the architect’s most productive, creative period. Frank Lloyd Wright’s Forgotten House includes a wealth of drawings and photographs, many of which have never been previously published. Historians, architecture buffs, and Wrightophiles alike will be fascinated by this untold history that fills a crucial gap in the architect’s oeuvre.