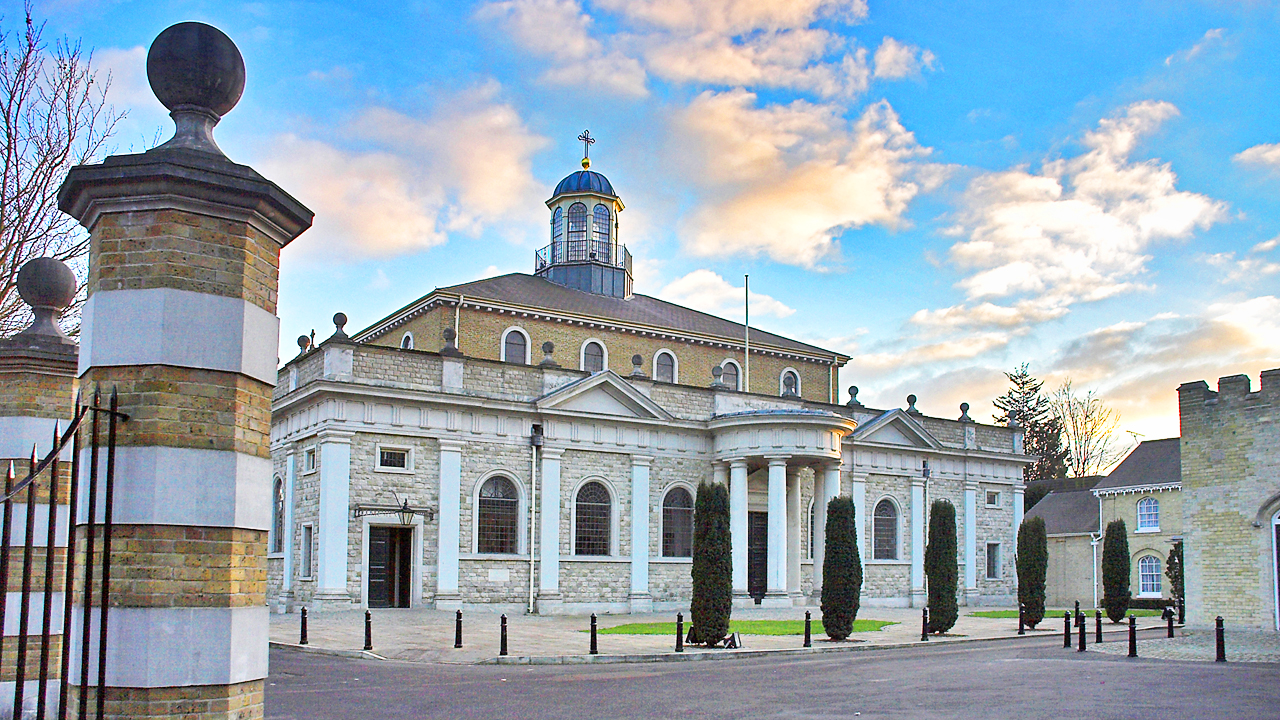 The Cathedral Church of St Mary and St Helen, more affectionately known as Brentwood Cathedral, has been listed at Grade II* by the Department for Digital, Culture, Media and Sport (DCMS) on the advice of Historic England.

The first Catholic church on the site opened on 20 October 1837 but was soon outgrown by an expanding congregation. In 1861, a second church, dedicated to St Helen, was built, to the designs of Gilbert R Blount, a well-established Catholic architect. The old church remained in use as a school, parish hall and Cathedral Hall. It was listed at Grade II in 1999.

In 1917, the church was made the cathedral of the newly created diocese of Brentwood and was refurbished to reflect its new status. In 1974, a new addition, built to the designs of John Newton, of Burles and Newton, enabled the cathedral to seat 1,000 people.

In the late 1980s, a major anonymous donation allowed for the possibility of rebuilding the cathedral. Bishop Thomas McMahon, Sixth Bishop of Brentwood, commissioned designs from the architect Quinlan Terry. Terry prepared plans for the replacement of the 1974 addition, working on the same footprint, but this time to a classical design.

I was a great admirer of the Christopher Wren churches in London and how Wren had adapted each church for the site and space available. In the same way I felt such a style could be adapted for the renewed liturgy of Vatican II and offer a noble simplicity.

His involvement extended to every detail of the new cathedral as well as to improvements. He designed new gate piers and railings; updated and partially remodelled the original church (the Cathedral Hall); remodelled the cathedral offices with a neo-Georgian entrance bay; and converted and extended the old convent chapel for the choir school, the last of these works being completed in 2001.

Recurring throughout the design of the internal fittings is the number eight, which signifies the seven days of material creation and the ‘eighth day’ of the new creation, the order of grace created through the death and resurrection of Jesus Christ. As with the external elevations, Terry designed every detail of the cathedral’s interior, even down to the boards for hymn numbers, the central heating grilles and fire exit signs.

The main space of the church resembles an Italian Renaissance court, framed by an arcade of five bays on the longer north and south sides and three bays on the east and west sides.

“My decision to choose a Classical design for Brentwood Cathedral, one of the first cathedrals to be built after the second Vatican Council, was influenced by a number of reasons. There was a long tradition of Church architecture across Europe in this style. I was much influenced by Cardinal Vaughan’s decision to build Westminster Cathedral in a different style from Westminster Abbey and St Paul’s Cathedral so that each would be judged on its own merits. I was a great admirer of the Christopher Wren churches in London and how Wren had adapted each church for the site and space available. In the same way I felt such a style could be adapted for the renewed liturgy of Vatican II and offer a noble simplicity.”

“From my time as an assistant priest in Colchester, I became very familiar with the work of Raymond Erith and Quinlan Terry whose practice was close by. By 1985 Quinlan Terry was already considered by many as the leading architect of Classical architecture both in this country and beyond. I feel our extremely good working relationship has been reflected in the actual building and Quinlan Terry has been enormously successful in achieving our vision for the cathedral.”

“It is fantastic that the magnificent Brentwood Cathedral has been listed at Grade II*. The first classical cathedral built in the country since St Paul’s, its stunning design deserves this recognition and the listing will help to preserve the Cathedral for generations to come.”

“This beautifully designed building gives a sense of serenity and calm that we can all appreciate in these challenging times. The cathedral’s classical design, unusual in modern churches, is testament to the architectural skill and vision. It is a remarkable achievement.”

Fr Martin Boland, Dean of the Cathedral and priest for the Parish of St Mary and St Helen, said:

“We are delighted that Brentwood Cathedral has received a Grade II* listing and that Quinlan Terry’s unique vision has been recognised. His design combines both tradition and modernity in a striking fashion. The listing also recognises the Catholic community’s role in the history of Essex and the Cathedral’s place as a sanctuary of hope and prayer for so many people.”

“I’m delighted that Brentwood Cathedral has been listed at Grade II*. When we consider the history of my design which was refused planning permission and only obtained approval following an appeal nearly 40 years ago, we begin to realise that the attitude towards serious classical architecture has now changed considerably.

“To me there is no doubt that the credit for this independence of mind and the courage to disagree with powerful prevailing attitudes goes not only to a number of individuals, but particularly to the architects and advisors working at English Heritage and now at Historic England.

“The result is already beginning to be seen in that many more architects are now working in the Classical Tradition.”