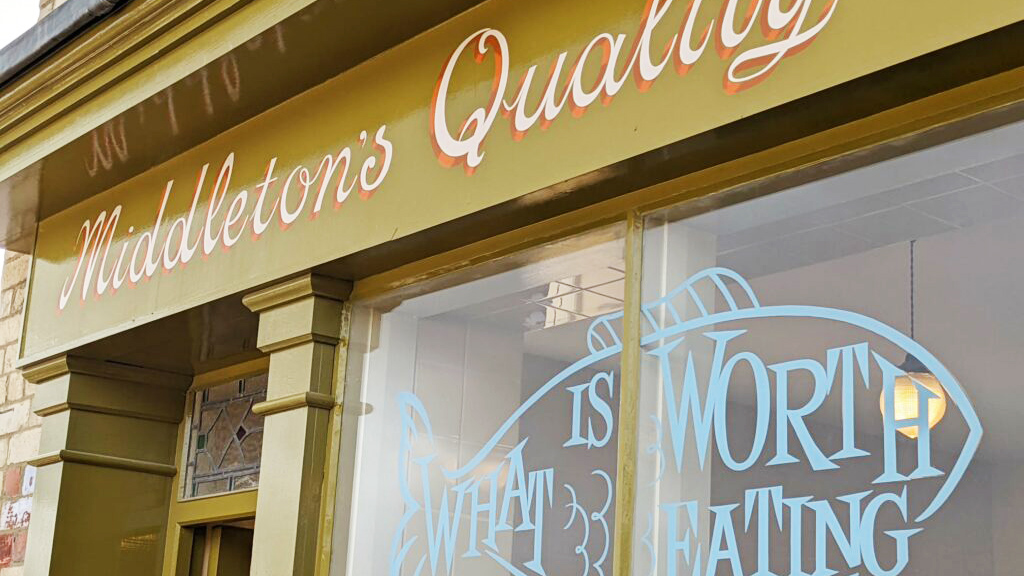 Beamish, The Living Museum of the North has opened its 1950s terrace project.

Visitors can taste delicious ice cream and fish and chips, get a 1950s hairstyle and try their hand at sketching as they discover more about Norman and the Spennymoor Settlement.

Rhiannon Hiles, Beamish’s Chief Executive, said: “We are so excited and proud to open the 1950s terrace and are really looking forward to welcoming visitors to the newest area of the museum. The opening of John’s Café, Middleton’s chip shop, Norman Cornish’s home and Elizabeth’s Hairdresser’s are major steps in our Remaking Beamish project, and are an integral part of our emerging 1950s Town.

“We are immensely proud of the work that we do with our communities across the region and it has been very special meeting with and listening to the people who have helped to shape the spaces and stories that we will tell within the new terrace. Seeing the families and friends of those who lived and worked in the original spaces has been an emotive and very special time. We couldn’t have created these new exhibits at Beamish without them, and without the ongoing support from our funders and partners, to whom we extend our heartfelt thanks.”

Ivor Crowther, Head of Investment, England, North at The National Lottery Heritage Fund, said: “It is fantastic news that thanks to money raised by National Lottery players, that Beamish’s 1950s terrace is opening for February Half Term. This important milestone in the Remaking Beamish project means that visitors from far and wide can learn more about the North East’s rich heritage, while also giving them the chance to step back in time and see what life was like in the 50s. We know that heritage can play a huge role in bringing people together, and this work at Beamish is a fantastic example of just that.” 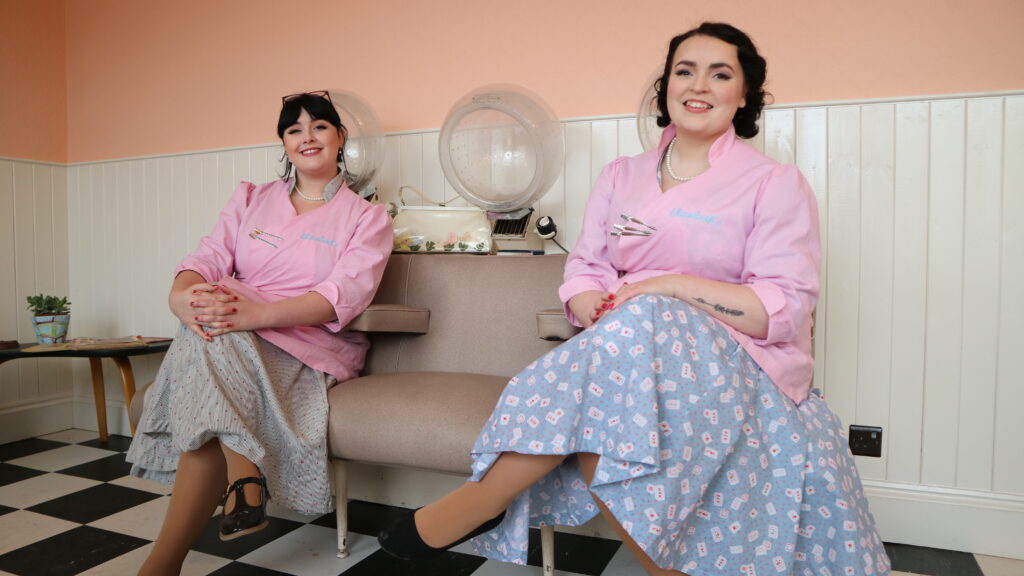 Visitors can look the part by getting a 1950s hairstyle, and taking their photo under dryers from Beamish’s collection. Elizabeth’s is based on an end-terrace shop from Bow Street in Middlesbrough. Visitors can book an appointment at the salon on the day of their visit on a first come, first served basis.

Betty and Ian Macpherson were the owners of the original end-terrace shop in Middlesbrough, then called Elizabeth’s Hair Fashions, for 37 years. Beamish staff have been working with the couple and, although they did not own the shop in the 1950s, their memories of the decade have helped to shape the stories we tell in the exhibit.

Betty said: “The shop was a huge part of our life for over 37 years and to see it recreated is very, very special to us. The fact that it has been recreated as a 50s hairdresser’s is even more special as I was born in 1951 and some of my earliest memories are going to salons just like it with my mam when I was a little girl. That’s when I knew I wanted to be a hairdresser.

“To have our little shop recreated at Beamish really is truly unbelievable and the thought that it will be seen by hundreds of thousands of visitors each year and to think it will be there for future generations to see is overwhelming. Seeing the building so authentically recreated (even the exterior colours are the same) has brought back so many memories of the many customers, many who became lifelong friends and sadly many of whom are no longer with us. It’s been wonderful to think of everyone again.

“We feel very privileged to be part of something so very special, so thank you Beamish.” 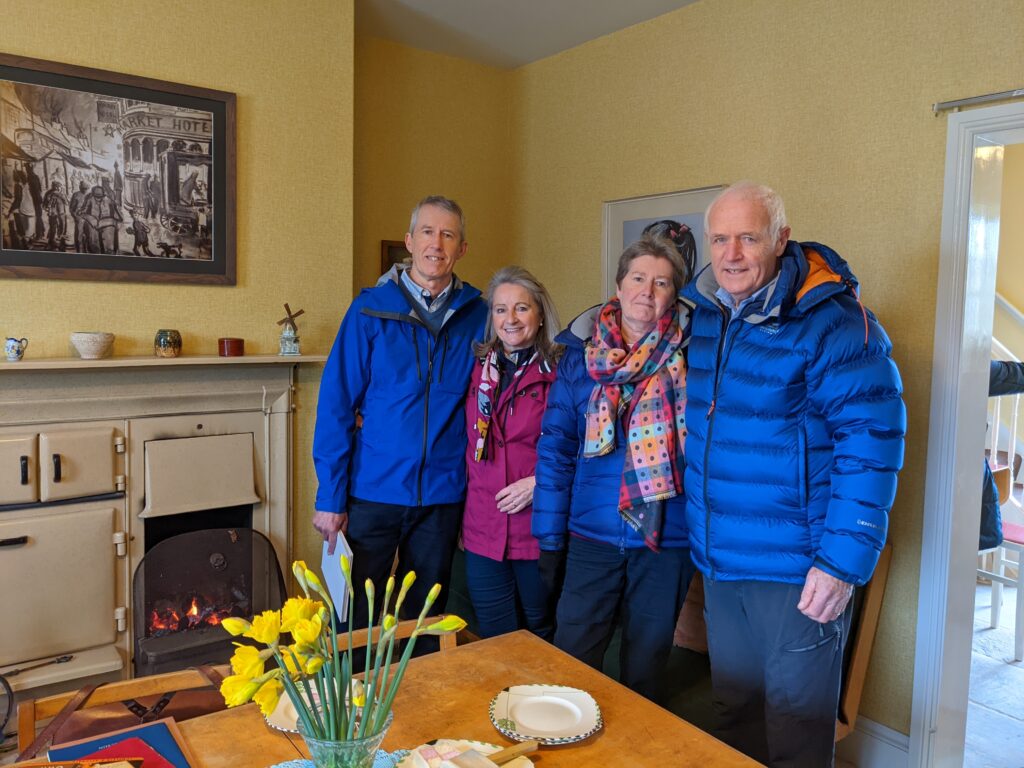 The Cornish family inside the recreation of Norman Cornish’s home.

The home of Norman Cornish has been recreated, telling the story of the celebrated artist and the Spennymoor Settlement. Beamish has been working with Norman’s family on recreating the house from Bishop’s Close Street in Spennymoor, including his children Ann Thornton, now 72, and John, 65.

Norman, then a miner, and his family lived in the original house from 1953 to 1967 and John was born there. Norman, who passed away in 2014, had donated items from his house and his later studio to Beamish. Norman was part of the Spennymoor Settlement which also nurtured the talent of artists Tom McGuinness, Bob Heslop and Bert Dees, and playwright Sid Chaplin among others.

Upstairs in the exhibit is an accessible art space with lift, where visitors and groups can take part in arts activities. A £10,000 grant was provided by The Banks Group from its Banks Community Fund to support the art space.

Ann and John said, in a statement from them both: “The 1950s decade was a very important period in our father’s life. Although he had a young family to support by working at the local colliery, he was still able to forge a growing reputation as an artist. We are delighted that thousands of visitors to the museum will be able to see how he was able to produce such incredible artwork within the humble surroundings of a colliery house.

“We had a wonderful childhood growing up in this home and so we are very excited and fortunate to be able to experience it again. As we walk through the front door, it will be like stepping back in time. I’m sure it will be a very emotional moment for us both.”

Visitors can enjoy an ice cream and other traditional treats while listening to 50s tunes on the jukebox at John’s Café, a recreation of the popular café from Wingate in County Durham. The exhibit features original elements from John’s Café, which was popular with young people in the 1950s. The café was owned by Giovanni Baptista Parisella, known locally as John, who was of Italian descent.

The menu includes ice cream made in the café, as well as other 1950s favourites including macaroni cheese and hot Vimto.

John’s daughter Maria Ebblewhite, 60, of Wingate, said: “I think everyone knows how super excited I am about all of this, I’m now at the stage of losing sleep for thinking about it, can’t quite believe it’s happening. I think I’m going to burst with pride, excitement and the emotional side of this is something else.

“To think that my parents’ business will live on forever in a museum is just something else, and that it’ll be visited by not only people in this country but from far and wide – whoever would have thought it! Dad would be so proud.” 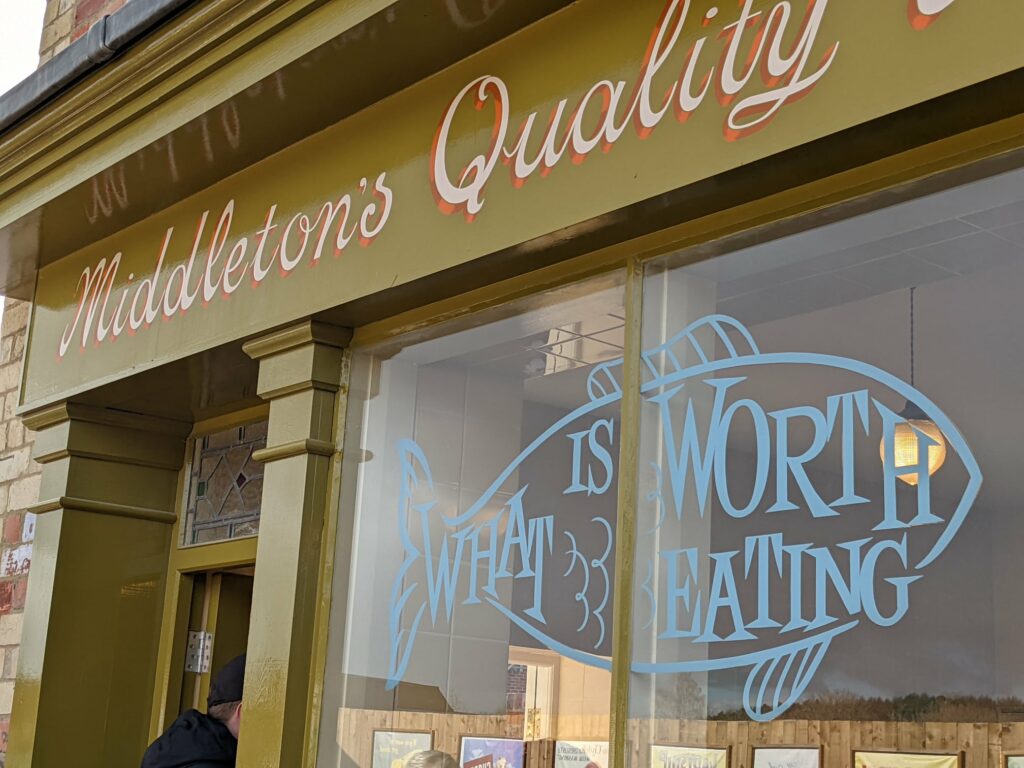 A fried fish shop from Middleton St George, near Darlington, has been replicated to serve up this popular 1950s food. Doreen Middleton owned the shop from 1952 and the original range was donated to Beamish and was used to inspire the design of the replica the museum is using. Beamish worked with the community of Middleton St George to create a 1950s-style newspaper on specially-printed paper that is being used to wrap the fish and chips.

Doreen passed away in 2008, aged 86, and Beamish has been working with her daughter Rozanne Hall on recreating Middleton’s at Beamish. Rozanne, who is in her seventies and from North Yorkshire, said: “I’m overwhelmed that my mum’s fish and chip shop is in service again, it’s great that it has gone to Beamish, good for history. An excellent job has been made, it looks superb.

“I hope my mum would be overjoyed that she was recognised for all her hard work. She was a humble, modest, generous person, hardworking and could stand her ground. It’s such an accolade that they’re telling her life at Beamish.

“It’s great the way Beamish has involved us at each stage and has included a tremendous amount of work and education behind the scenes with the Middleton St George community and school.

“I’m just so delighted that my mum’s fish and chip shop is there. I’m so grateful to Beamish and can’t wait to try the fish and chips!”

In addition to the 1950s terrace, visitors to Beamish can explore the rest of the award-winning open air museum, including 1820s Pockerley, The 1900s Town, 1900s Pit Village, 1940s Land Girls’ cottage and 1950s welfare hall. All visitors must pre-book an entry timeslot online to visit the museum. Please note, you do not need to book a separate timeslot to visit the terrace. For full opening times and to book a visit to the museum, please click here.